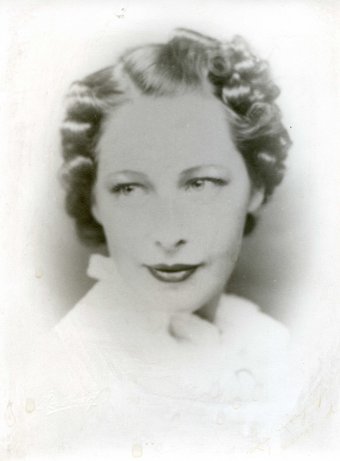 Rosemond Annette was born on August 12, 1913 in Morrison County, Minnesota, to Hubert Andrew Landsberger and Hulda Amanda Markusen. She was the third of four children, the only daughter. On July 22, 1928 she was confirmed with the Evangelical Lutheran Church in Hillman, Minnesota.

Rose was married to Clifford Schlegel on August 10, 1929, in Morrison County, Minnesota. On September 22, 1390 she gave birth to her first child, Charles Schlegel.

Rose eventually made her way to Santa Clara County, California and became the first female contractor in the state of California in 1940. She built several houses in San Jose until building supplies became scarce after the outbreak of WWII.

After the war Rose returned to San Jose and started Rose Adrian's School of Dance, which she and her daughter later grew into the Adrian Andres Dance Studio. This studio was to become Branham Dance Center, which exists over sixty years later as Atlas at Branham.

Rose's final resting place will be the Los Gatos Memorial Park in Los Gatos, California. There she will join her Navy veteran husband, Giles Adrian, and her daughter, Marianne.

Rose is survived by her son, Charles Schlegel Adrian and his wife Carolyn; her grandson Michael Adrian Andres and his wife Linda; and her great grandson, Adrian.

"Let me do whatever good I can, for I shall not pass this way again."